Run away as fast as you can

Think of the hooting, man. Do you really want that 24 hours a day?

Jill’s heavy hints were all just a hilarious misunderstanding?

…well, oi just “…couldn’t swaller fer larfin’¹”, as one character might put it!

¹ aksherly, I think I meant choking, as in

Anyone moved by the heart-to-heart between David and his mummy?

Thought not. Brace yerselves for the proposal, folks, which Jill will turn down, making Leonard feel a right idiot. Which he partly deserves for letting Jill be the last to know. Only partly, because no one deserves the ghastly Brookfield Archers.

Anyone moved by the heart-to-heart between David and his mummy?

My stomach lurched a bit, Janie: does that count?

Yes, same here. The only thing to be thankful for is that it wasn’t David-and-Pip.

Crikey, yes. We got off lightly.

Brace yerselves for the proposal, folks, which Jill will turn down

I am hoping she will turn down marriage but say she’d be delighted if he asked her to move in with him.

It will be a vain hope though, I’m afraid.

We got off lightly.

I don’t believe 18th birthdays were a Thing 72 years ago; the age of majority was 21 until 1970. It may have been a purely coincidental photo of an entirely random birthday that the hooting old fool had found - and no doubt that is what tbtb would claim if confronted - but the dialogue about ‘beginning’ suggested otherwise.
What DO the SWs know anything about?

How different in essentials is a really good cream tea from a foam party anyway?

They absolutely were not. Not even when I had one they were not.

And anyhow, why would Jill not already have been the person who had her old photographs?

How different in essentials is a really good cream tea from a foam party anyway?

The booze is much better.

Not sure whether you’ve been going to the wrong cream teas or the wrong foam parties, Sparrer darlin’.

Now I just have to wonder about foam parties, and I suspect my imagination may turn them into more than the reality.

This one appears to be relatively up-market and sedate… 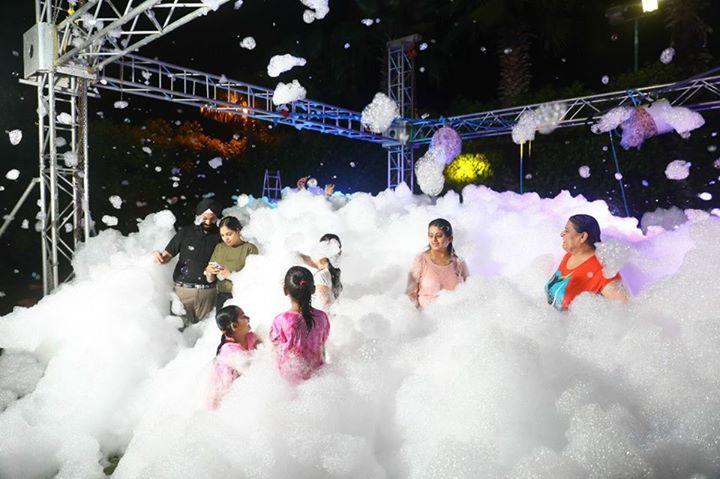 So the boys can grope the girls and not be seen doing it, I expect.

Hmm, in my day we just turned the lights off. That way you could drink and grope, I should think drinking is trickier in all that foam.

I applaud your priorities, me dear ;- )

Does anyone believe Jill would have said anything like ‘just being in a space with people’? Because I do bluddy not.

Maybe it was “I’d like all of you people just to be in space” and got slightly garbled on the way out?