Did I hear right?

This has got to be a wind-up of some sort if so.

It’s Lynda.
If you have sides prepare to split them now.

But what would be the point? I mean, how would Lynda gain by it? Book them up and then not turn up?

I imagine so. As to ‘wot is point?’, well… once you start asking that kind of thing you’ll never be done.

It’s Keri Davies, this week. He has form for dropping things like that into the script that he thinks are funny. I think he does it for his fans on Twitter. Who are giving him a bit of a pasting today, as it happens.

This week and next, I believe, going by this transparent plea for attention: 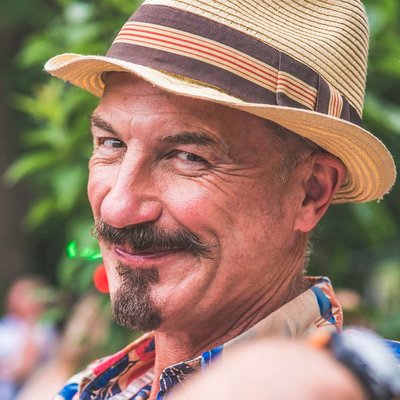 Tonight’s #theArchers episode is the first of a fortnight of my scripts. See the listening figures tumble…
2 Likes
Fanta March 5, 2017, 9:22pm #7

Thanks. Well, that will explain any unnecessary referential music, and nods to the Boards. He does need his fanbase, doesn’t he.

Well, you know me, I’m usually very critical of SWs, but I’ve met Keri a few times, Bash and I went to a gig then out clubbing with him once, and he’s a kind, intelligent man with a passion for music, and not a bad writer of Archers scripts either.

Right, that’s my positivity done for the year…

I think Keri Davies would be a lot better off if he ceased to try to be friends with the entire audience of the programme and simply kept quiet about it. Talking with individuals is terrific and he is clearly a likeable bloke, but his habit of explaining things from the programme on Twitter does him no favours, and none for the programme either, and he ought to see that if something that was broadcast has to be explained then it has not worked! Heavens, I had been taught that by brutal editors by the time I was twenty-five, and Keri Davies has a son who must be that age by now.

Who was it who said “never apologise, never explain”? This is particularly true if what you are “owning up” about was not actually something you did, as was the case with the spare bedroom at BHC: it wasn’t Keri Davies who first mentioned it, it was Mary Cutler, so if he meant “in a script conference” he ought to have said so – and if that was the case it wasn’t just him, it was the entire script conference who failed to remember what was on their own blasted website about the number of rooms in that house.

Who was it who said “never apologise, never explain”?

Benjamin Jowett, 15 April 1817 – 1 October 1893, predates that, and it was mentioned as having been said by him in a memoir shortly after his death. He never wrote it down, so it is not searchable in his work, but he is meant to have said it to his students. Fisher wasn’t a Balliol man, but he may well have met some, and he was the right sort of age (1841-1920) for it still to have been new to him as a young man. I’ve come across it as being quoted as advice to young officers in both army and navy, sometimes in the form “never complain, never explain, never apologise”, but not as having originated there.

& don’t do it again. You made me quite queasy.

That one fell kind of flat, didn’t it? Mind you I suppose we should be grateful for being spared a ‘comic’ denouement with a bit of an homage chucked in.
Talking of tired,
Night, Fanta, night Hedgers, night Janie, night Chatelaine, night soo - oh, you get the drift.
Good night all.

I think you meant this to be in the Cellar, Gus?

Not really. Seeing this (old) thread reminded me that that little bit of drollery (or so one presumes it was intended) went nowhere.
Then I started burbling.

Oh, I see. I just got confused by Chatelaine.

Yes, what was the point of that little lot, if any? In what way did Lynda gain by wasting telephone money on that little pointless jape?