Her behaviour throughout the pregnancy SL / scare - still to work out presumably? - was beyond risible. I mean, she sounded like a naive 13 yr old. How does that fit with being an undergrad??

Well, she’s had a fairly sheltered upbringing, hasn’t she, so I’m not all that surprised she was in a bit of a tizzy. Hearing about the torn condom was a bit of a shock, as it would be!

I think her having a one-night stand was the bit that was out of character. She was quite serious about that awful Alex person and must have also had a relationship with someone at Oxford as she didn’t renew the contraception injection when she got home because she was not seeing anyone at the moment, so it sounds as though she does not usually have casual sex.

Matters sexual are encompassed by public policy. Phoebe is (very improbably imo - reared by tedious Roy and pleasant-but… Hayley) supposed to be reading PPE. Even if she had been asleep during the curriculum hours that are stolen by PHSE her wider reading re social and medical policy should have equipped her with more knowledge than she demonstrated.

I think the answer, Dracs, is that they needed her to be ever so mature about sex and turning her grandparents’ home into a bawdy-house for one story-line, and to be an ignorant, panicked and undercontracepted little twerp for another.

Agreed, but she sounded so ‘gosh what’s happening to me, can anyone explain, I’m lost in this whole new world…’ sort of thing - …erm a 19yr old, at university?? Really?? Come on, Scripties!

I just took it that she was panicked. I’m sure she’d eventually have figured out what to do without the help of that wise 17 year-old, Lily or mother-figure, Lexi.

She’s in TA. Of course she isn’t credible.

That is a very fair point. Is it still all right to beat her around the head with a crowbar, though?

Has anyone suggested it isn’t?

the help of that wise 17 year-old, Lily

You missed out on punctuation mark and three letters, JJ.

That ought to read “the help of that wise-ass 17 year-old, Lily”

Now who was it said that Phoebe needed a damned good Wickering? 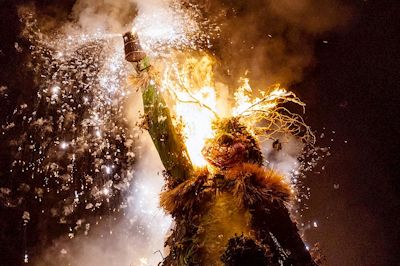