We had the say “random compliments” Lenten nonsense not so long ago, didn’t we? IIRC Jim ended up being accused of inappropriate behaviour towards Vicki Vile.

Incidentally, I am being informed that

Your topic is similar to…
Well, good for Ruth

The Archers
Apr '17 - Words I had not thought to say. But I am very glad someone has got round to telling Pip what a worm she is.

I wonder how much they paid for the algorithm?

I wonder how much they paid for the algorithm?

It was a while ago.

What’s that in groats?

Remind me not to let you calculate my wages…

A groat was worth fourpence* (in England and Ireland, anyway), so I make it 233¼

*And still is, it seems. They’re used for Maundy Money

That sort of rate is closer to RHI…

It looks as though they let you out, Joe…

Yes Joe what did they say to you?

It was nothing urgent1, just a routine referral. Gave me noo sockses, told me to watch the weight, get more exercise and come back for a scan and follow-up consultation2. It should be OK–I was sent for a Doppler scan when I was hospital and nothing untoward showed up, so unless there’s been a change (or they missed something last time)…

1Just as well, really, since it was booked in November
2Equally not urgent, presumably, because that won’t be until May

Well the messages are encouraging even if the frequency/timeliness of consultations is pretty poor. This is good.

Now we can focus on getting Twellers fit to be sprung.
(Just been reading a corona virus panic thread elseboard which has made me exceedingly cross. Sadly there does not yet seem to be a virus which has a high mortality rate specifically among blithering idiots.)

A regret I have declared many, many times.

It would make existing so much more simple.

One of the (many) delights in reading Bill Bryson’s early-life autobiography ‘The Life & Times of the Thunderbolt Kid’ was that the said Thunderbolts were from his childhood self’s superhero. He believed himself to be an alien, on Earth accidentally.

He had to power to send a death-ray thunderbolt on those who crossed him … & there were many.

Similarly my Death Stare has worked wonders over the years … as gave my James Bondesque rockets fitted to both the front & rear of my cars. These have frequently dealt with dilly-dalliers in my path.

It was nothing urgent

1Just as well, really, since it was booked in November

I am fairly certain that my seeing the cadiology lads and lasses about my thyroid is going to be a waste of their and my time, but I expect that their not having the slightest idea what they are supposed to be doing apart from telling me several untruths for which they are unable to show me data of any kind won’t make them any more unhappy than they are at the moment.

I offer this wording from a BBC article for your diversion and delight.

‘Mers […] regularly makes the jump from the dromedary camel’. A sort of viral equivalent of Peter O’Toole, perhaps.

Who has been buying SUVs since automakers turned them into family vehicles? They tend to be people who are insecure and vain. They are frequently nervous about their marriages and uncomfortable about parenthood. They often lack confidence in their driving skills. Above all, they are apt to be self-centered and self-absorbed, with little interest in their neighbors or communities. 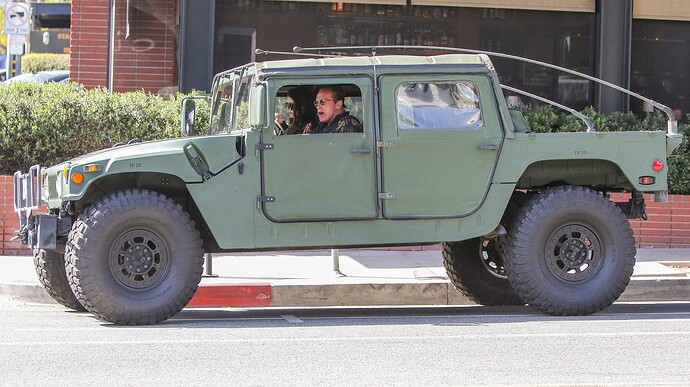 Electric or Not, Big SUVs Are Inherently Selfish

A battery-powered Hummer may be better for the environment, but it reinforces the culture of waste and excess that got us into this environmental mess in the first place.