So how would you fix The Archers?

I noticed that O’Connor got rid of women from the team, all in a rush shortly after he was firmly in his place and at the same time as his great outburst of actor-replacement, and wondered whether it might have been people who didn’t get along with him being hoofed out rather than it being anything to do with their competence.

Whereas my editing of the post to which you were replying is merely the result of proof-reading, rather than designed to deceive.

Bhatti has written eight plays (starting in 2001) as well as a fair old bit of radio, TV and film work. I may not like what she does, but she’s not the work-experience kid.

Gurpreet Kaur Bhatti (born Watford) is a British Sikh writer. She has written extensively for stage, screen and radio.Her play Behzti (Dishonour) was controversially cancelled by the Birmingham Rep after violent protests by Sikhs against the play. and death threats forced Bhatti to go into hiding. Gurpreet Kaur Bhatti’s first play Behsharam (Shameless) broke box office records when it played at Soho Theatre and the Birmingham Rep in 2001.

Whether one likes or dislikes her writing and I fall into the latter camp. I really don’t think any of us, or those in the wider Mustardland. Would ever take part in violent protests against her and our only threats might involve one to buy her a cup of BBC coffee - foul stuff, they actually put milk in it.

Something needs doing and that’s for sure. Mary Cutler knows her business but parts of the last two weeks were dire. And I got up and took the dogs for a walk in the middle of Simon Frith’s offering last night (Sunday) - lost the Will to listen.

Why is TA just lurching from quarrel to quarrel, interspersed with slow moving but supposedly dramatic stories that never get to the payoff? Perhaps they are trying to hang onto new listeners who were attracted by the R & H melodrama, and who now complain that farming and village affairs are boring, at the same time as getting back people who turned off for R&H and who want some lower key stories. If so, they are missing both targets.

It’s a shame; but as with the previous editor, I’ll give this one a year before I judge him – though the dog being shot without any comeback whatever on the criminal who did it made me turn off for a month while SO’C was still getting settled in, it’s true. (And then everyone kept saying how much better it was, so I started again; and January 2014 was actually the best month of all the ones he edited, just my luck… It was not as good listened to in a block as it would have been every evening, but it was ok.)

Deciding where to go with it now would be a real challenge for anyone I think, so I won’t do a permanent flounce yet.

There’s likely to be a fair bit of going off in the middle to do something else, though, until the current story cycle works itself out. Wonder when the next long-term planning meeting is.

In answer to the original question, with a hefty pre-emptive strike on Prod Team HQ. Probably oncly conventional weapons at this stage, but I could be swayed…

There is always MOAB. That’s a conventional weapon.

That was rather what I had in mind.

And Toby is a tosspot.

And Pip is a pisspot.

Maybe head into Brum for some Rooth canal work? 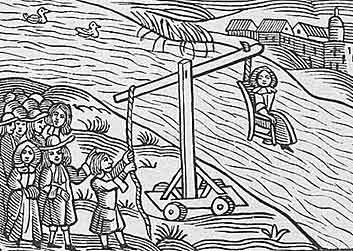 Nah, look! She ducks off at the last moment.

Do you notice Bunter and smirking Usha in the second row and PC Carpet attempting to operate the apparatus? From the look on (?) Fagash’s face at the front, that’s not Justin next to her but Matt trying to duck his tool…

tsk, behave. One might think there was a disorganised gang of reprobates about.

Ooh, where? May I join? Would we have to report to a Reprobation Officer?