The new fixtures and fittings

For a couple of dozen cows? 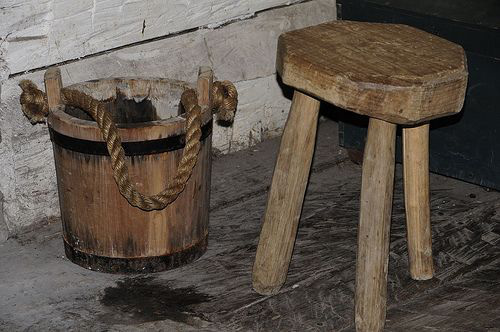 I know Helen and Tom would prefer a robotic milker, but she’s on maternity leave.

There’s only one cow that matters in that operation.

So, are two new parlours being built now? This feels like a waste of resources.

It feels like failure to notice what is happening in their own plots; I suppose they may be working towards competitive parlours.

The fact that without any discussion between the characters ever being mentioned, though lots of different sorts were put forward at the beginning and Pip presumably then laid down the law, a new milking parlour is being built at Brookfield, sucks swamp through a straw. And there has been no “what sort do we want” at all about the one Tom has already costed because he wants the new cows Right Now, and that is complete crap, too.

There’s only one cow that matters in that operation.

And I could have done without hearing it being milked the other night.

So, are two new parlours being built now?

Someone will have the bright idea of bringing the Bridge Farm cows to Brookfield for milking; it’s not that far, after all.

Pointing out that they’d have to do a deep clean twice a day before processing the organic milk (if it’s permissible at all) would be mere hair-splitting.