The kettle has broken. I have a headache. I want tea. I also do not want to have to go out in the rain and get another bluddy kettle. Woe is Gus. And my elbows hurt, if anyone’s interested

I could think hot water at you but I don’t think it would help.

Thank you kindly for the offer, Hedgers, but I have bathed today. That’s why flags are being flown.
Same day wotsit is a thought… but then it’s boiling water in a saucepan until whatever time tonight. Which wouldn’t be the end of the world, I know. But I’m sort of resigned to going out. If I nip into The Horrible Place (Catford, famous for its sphincterless giant fibreglass cat) where there is an Argos, I can take a bag of books to a charity shop at the same time and do a couple of other things: I’m sort of resigned to the prospect now. Just a question of deciding which kettle. And then which other kettle, because you can bet your tailfeathers the first one I choose won’t be in stock. Said the little ray of sunshine.

We have a travelling kettle (small, red, silly) for use in hotels/b&bs that don’t have them when we’re on holiday; it used to be essential because I didn’t function without sweet coffee when I got up, but then my thyroid went and my hypoglycaemia simply went away, so I didn’t need to carry it any more. It’s nice to know it is there, given your sad experience!

Last time a kettle Went here, it was a seal, and there was hot water all over the work-top all of a sudden.

I do hope that the expedition turned out to have an up side as well as the down.

It could be worse: 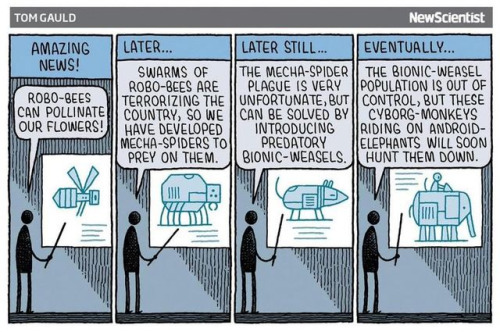 I am returned, with kettle. Not only with a kettle, but with the first kettle I decided on (which, coincidentally, is a rather fetching shade of metallic red). A travel kettle would have been useful, true. So would a hob one. In fact, once I have moved, I might get a hob one anyway, assuming there is a suitable hob. Now cursing having let my hob kettle go with the boat.
And I jettisoned some books and stocked up on fox fodder and onions and I didn’t get wet. All round it could have been a great deal worse.

You could have been in Westminster…

More DB&B from here in the hovel.

There is a computer desk in the attic room. I want it to cease to be there and to come downstairs for managed disposal. I thought I would be able to dismantle it and bring it down piecemeal. Nope. Well, obviously I can take the glass shelves out, but the actual frame of the thing doesn’t seem to come to bits after all. So I can’t get it down on my own without a fairly significant risk of breaking things, up to and including my neck. Imp arse. The neighbour who might be thought to ‘owe’ me favours and who would not faint at the sight of the chaos in which I live is a small woman in her late sixties with a dodgy wrist.
Imp arse.

Rope might be the answer, ta, but via the hatch, not a window. Either that or borrowing a bloke from somewhere, briefly.

Get a few things together and then borrow a bloke for slightly more than briefly.

What is your neck of the woods ?

If I’m reading that correctly, that is exceedingly kind of you, and thank you so much, but I am (notionally) sorted now as I have the lend of a loan of Micheal-up-the-road as and when, according to his wife. Sort of called a bit of a halt over the weekend, got dispirited with the whole business. Shall return to the charge tomorrow.

Good old Michael from down the road. Good man.

If you were reasonably close of course I’d offer. But MfdtR sounds far closer.

Imp arse? I wouldn’t join Tyrian Lannister’s intimate circle if I were you.