I bought 6 Medium sized FR Eggs this week from my local Spar - they were selling them off at 25p . They are much larger than Tesco FR Eggs of the Medium persuasion, & the yolks look much richer . Since the problems with Avian 'flu, where birds are supposed to be being kept inside, many of the yolks have been pale & insipid, & I did point out that ‘Free Range’ is a misnomer…

My Butcher, who trades in the Market Hall in Chesterfield, has taken over the one remaining Fish Stall so I bought a ‘Fish Pie’ pack, made up of fresh trimmings . There was Mackerel too, which I love, but I don’t yet feel up to dealing with a whole fish

And that proved you can start a thread if yu want to, doesn’t it!

The Large eggs which I bought once in Lidl were of extremely varied sizes within the one box. I think there must be a higher and a lower weight limit in each category, or something. It can’t be by actual size.

But I have noticed that recipes very rarely tell you what size egg they want you to put into something; I would have thought it would make quite a difference in for instance a cake but apparently not.

… fish pie. If we didn’t already have Red Cabbage to finish off, that would be a really good plan for supper tomorrow.

Eggses go in weight bands, Carinthia.
In the absence of She Who Must Not Be Named Because It Gives That Fish The Shudders, allow me to post a useful and informative link here: https://www.egginfo.co.uk/egg-facts-and-figures/industry-information/egg-sizes
so you can astound your friends with your eggspertise.
I’m sorry, I really shouldn’t have done that: feel all cheap and dirty now

It’s a funny thing, though: I am sure that during the brief period when I were a lass and chickens had evolved down from pterodactyls, if in doubt one used a ‘medium’ egg, often stated as size 3. Now, though, one can’t assume ‘medium unless otherwise stated’ in individual recipes. Most recent cookery books will say somewhere either at the front or the back that when they say an egg they mean either ‘medium’ or, more often seemingly, now ‘large’. The BBC recipes website means ‘large’ when it says ‘egg’. The old size 3 straddled the size band, but there is quite a difference between three 72.99g eggs and three 53g eggs. And unless one is an experienced baker, that is going occasionally to do strange things to a cake.

I wish there were somewhere locally that I could get pastured eggs. Not trying to be holier than thou about it, but Free Range isn’t, really, even when there isn’t Bird Flu about. Not that I like eggs qua eggs boiled, poached or fried - urgle, no! - but they do come in useful. Quiches and that kind of article.

There is a butcher’s shop near(ish) to here which sells eggs from a farm up the road from them – which you can go and inspect, and if it is that sort of day can avoid occasional chickens from on the road, though I suppose at the moment they are all indoors, poor things. I think he gets his chickens from the same farm. I know his turkeys are local and pretty-much free-range in the real sort of way; at Christmas there are queues outside his shop of wise virgins collecting the birds they ordered back in October or so, and his wife comes out and gives mince pies and mulled wine to the people standing in the cold waiting to pick up their goods and pay them. If it is raining or snowing they put up little marquees in the garden for people to wait under.

The trouble is that he is a car-trip away, and not really on the way to anywhere that I go, so I don’t get to him as often as I would like to. He makes his own sausages and sells a wide range of local jams and pickles, and also strange cheeses, and is generally a Good Thing.

Oooh, just remembered the last time I used an egg. I made some Grantham Gingerbreads.
Nothing like what one immediately thinks of as gingerbread. Big, pale, puffed-up, crisp, hollow gingery biscuits.

Ignore this person’s ideas re chocolate and calling them Ginger Crunchies - potty but harmless.
http://www.cakeandcookierecipes.com/2013/06/08/grantham-gingerbread-recipe-ginger-crunchies/

More than double the amount of ground ginger if you like a good gingery bite to things - I use about one and a half tablespoonsful. Make sure you really space them out on the baking tray, they get hyooooge.

This is interesting too, but she uses plain flour and bicarb, which is not how my Ma makes them and is therefore Highly Suspect. 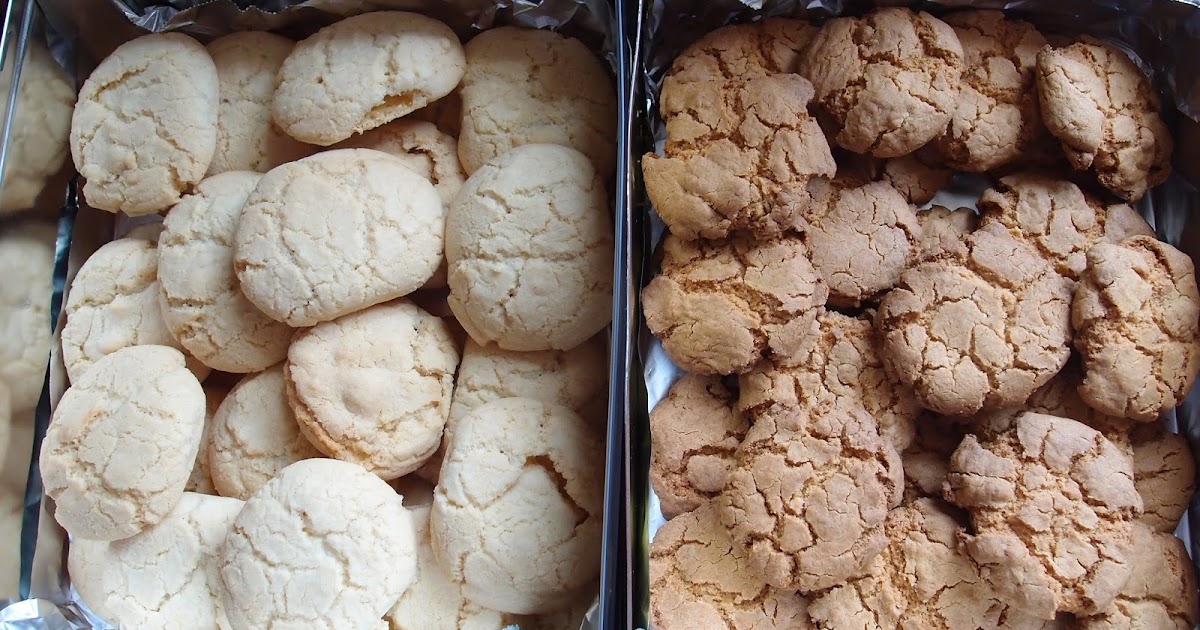 Mr CC and I had a lovely long weekend in Lincoln recently (Lincoln is in Lincolnshire – England’s second largest county); it’s very ...

We had SR Flour at home too, although my maternal Grandmother only kept Plain Flour, with Bicarb & Cream of Tartar . My Mother did more baking though

There was some suggestion that it was more sensible to weigh the eggs than to speculate on the size, especially for cakes, although my Italian friend used to make wonderful cakes following the ‘5’ rule as in 5ozs & 5 eggs

I love ginger, & am now of the idea that I should make a sauce for the fish & serve it with Ginger & Lemon Rice

Very Little was eaten here yesterday & have only had Plain & Harmless stuff today, so I will be ready for something that is tasty by tomorrow at this rate

Ginger is good for rebellious innards, Carinthia, so that sounds like a splendid plan. I do hope you will be properly recovered very soon.

Grasmere Gingerbread is another one that isn’t quite what one expects. Love that, too. Kendal Mint Cake is nothing more than the sweet equivalent of Pemmican. imo.

I like recipes that are structured on ‘the weight of eggs in…’ plan. Your Italian friend must have known some very reliable hens. Which is rather surprising when you come to think about it.

(should I mod myself for racism at this point?)

Is it racism to think hens reliable?

Not normally, no. But being surprised about it in a chicken of the Italian persuasion is almost certainly Highly Offensive.

They were Large Eggs, & the cakes were 'Normous . Italians don’t really do/think small

Innards rebelling 'cos of Labyrinthitis, which can Sod Orff, & low BP . I made the mistake of trying to get up too quickly yesterday after a week of earache . Am better today, but still rather ‘Semi-Detached’ as it were

That is very unpleasant, Mme Chatelaine. It most certainly can sod orff and take its minotaur, if any, with it. Take things slowly and gently for a bit, I suggest.
Hugs and (notional is probably the only advisable kind, sadly) halcohol.
Gus xx

I am Concerned about all this ill health - it has been going on too long, I feel. I am sending Strong Healing Thoughts in your direction.

It’s nothing like as bad as it used to be - I had to stop driving for 3.5 years as I could keel over if I turned my head too quickly. These days, if I don’t feel ‘right’, I’ll get on the 'bus

Any vestiges of Lurgy site themselves in my head/neck/ears, & the ‘Shingle Tingle’ is based in my right shoulder & the right side of my neck

I think they’ll rear me though…

I like recipes that are structured on ‘the weight of eggs in…’ plan. Your Italian friend must have known some very reliable hens. Which is rather surprising when you come to think about it.

“Hens” and “reliable” don’t belong in the same frame of reference, never mind the same sentence! One of ours (Katie of the avatar, in fact) when she deigns to lay produces eggs that necessitated buying boxes designed for duck eggs Deffo weigh the eggs, in their shells, then match that weight with the butter, sugar and SR flour

Matching the weight was fun with old-fashioned balance scales.
I only relatively recently divulged to the Ma that the reason my grandmother’s victoria sponges riz more than hers as a rule was that she added a bit of raising agent to the already SR flour. Ma was surprisingly cross about this considering the time that had elapsed…

I very much like your Katie avatar, joe: someone (probably Alice Thomas Ellis, it sounds like her and often is when I can’t remember) refers to ‘the look of concentrated evil in a chicken’s face’. Which strikes me as rather harsh. Not sure that chickens do concentrated anything, as a rule.

It is Josephine Tey, Gus; I don’t know Alice Thomas Ellis and I do know Tey. And I am sure (without being sure which book it is) that it is hen rather than chicken.

What a good excuse to re-read Tey some time. When I have finished the Archers characters I shall do that.

Thank you Fanta.
I shall now have to track down what ATE has to say on the subject of chickens. Hens.

As to the Tey book, bet you half a dollar it is The Franchise Affair and one of the two women, whose names elude me atm, who live at The Franchise.

I bet you’re right. Thee older one. Um… Mrs Sharpe. Who came out with things. “Is the girl a virgin?” was one of hers, about the Poor Little Abducted Moppet. And isn’t that the book where they discuss ways of killing fleas? “My sister says that she catches them on the soap and squashes them” – when I was an impressionable young thing I was quite startled that two respectable people like an elderly woman and her solicitor would discuss fleas.

How the wretched publishers think that The Franchise Affair is “Inspector Grant Book #3” when he had bugger all to do with it apart from being wrong, I do not know, but that is how I saw it advertised the other week.

It’s reported in chapter 5. Robert is taking with Aunt Lin, and Nevil is also present. I think it must be Nevil who actually says it.

“I don’t know what you are talking about, Nevil dear. Do stop prancing about the hearthrug, and put a log on the fire. Did you like your French film, dear?”
“I didn’t go. I had tea at The Franchise instead.” He shot a glance at Robert, having learned by now that there was more in Robert’s reaction than met the eye.
“With those strange people? What did you talk about?”
“Mountains-Maupassant-hens—”
“Hens, dear?”
"Yes; the concentrated evil of a hen’s face in a close-up."
Aunt Lin looked vague. She turned to Robert, as to terra firma.

bugger all to do with it apart from being wrong

As to your point, they are publishers. It’s what they do.
Isn’t Aunt Lin (?) intolerable?