…tonight featured the forthcoming TA Canterbury Tales. Apparently this is unusual for a DeSnell production in that the entire production will be broadcast. Have they forgotten Blithe Spirit and Calendar Girls?

This is the BBC, about a BBC production. With an actorrrrr who’s been involved in all of these.

I turned off before it, but really?

I thought it was only The Archers that had no idea of continuity; didn’t realise it was the entire BBC.

But doesn’t the actorrrr have some ability, nay … responsibility, to correct a clear error when they hear it ?

I’ll put up the odd UCE, if they’re the price of airbrushing SOC’s contributions out of TA’s history.

Aaawww. I don’t want him airbrushing, I want to blame him for absolutely everything.

Airbrush paint is really quite toxic, you know…

On another, related, point, why is this sort of nonsense considered necessary at all? Consider this:

An excellent radio adaptation, directed by Vanessa Whitburn and featuring several TA cast members. No one saw any need to claim that they were playing anyone other than the characters as whom they were billed.

I don’t want him airbrushing, I want to blame him for absolutely everything.

There are quite a few very familiar names in that cast, aren’t there.

But not, as far as I am aware, anyone called Carter, Tucker or Crawford.

Indeed not and I should hope so to.

Incidentally I have an off-air recording of this, if anyone wants a copy.

Better still, you can all decide for yourselves - download here:

For a bit of context: some people have a home NAS. This is one of the file servers Chez Feral Techie. 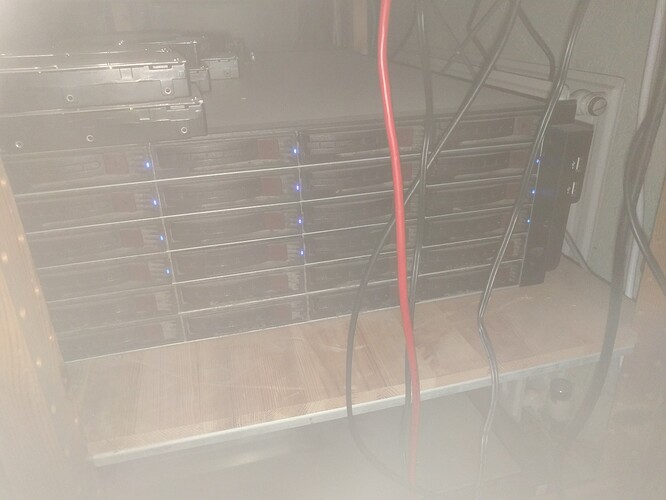