Shame about the rest.

Is it possible to untrain as an actor? Alice gets worse with every appearance. Coupled with Adam’s 45-played-at-33 delivery, I was bordering on the comatose by the end.

Thank you for that description of it. I’d decided that whatever he had previously been taking in tablet form was now being delivered IV. He’s moving uncharacteristically rapidly up my loathing rankings, though.

Jake’s doing nicely out of this, isn’t he?

He also appears to care for Will, at least a certain amount, which is good.

Aye; but I am reserving judgment on that one. I suspect they have something nasty up their sleeve.

Yes. They are sure to.

I wonder how long it is going to be before anyone notices that the reason I defend Will is that I have always detested bullies and scapegoating?

I have always detested bullies and scapegoating?

As do I, Fishers.
I hope (stupidly, perhaps) that Will might be enabled by Jake to come to terms with what is possible for his extended family. Not largesse at every given and not given opportunity.
Soo xx

I think that Will seems to have moved them back to Greenwood Cottage; wasn’t that where he’d built the desk for Jake?

If so, and if he starts to go to work full-time again, that would be how he has sorted things out about job and house, wouldn’t it.

Aye, but what about looking after the brood? W#rking full-time would not be possible for Will, given his responsibilities. I feel a Horrible Situation looming and hardly want to listen.
Soo xx

I’m not convinced a desk in the lounge is the way to go to study if you have to share your bedroom with a half dozen stray relatives. Also, agreed, something is afoot - my cue was the appearance of Jake’s dad. And now guns have been mentioned…

This desk was at the Cottage so fewer stray relatives around. And a desk downstairs gives Jake legitimate space away from George. George being more with Ed’n’Emmur won’t be needing to study for exams when at Greenwood, after all…
He’s more the hands-on type, is ‘Gentleman’ George Grundy.

I think that of all the people who use guns to kill other people, gamekeepers and others who use guns as part of their job are very low indeed in the stats; they may kill themselves using a gun rather than anything else, because they have one there, but they don’t seem to use them on other people.

I am more worried about whether Will plans to take George with him as well; George is nearly as old as Jake, and will feel angry and left out if he doesn’t go too.

In this country Jake can’t buy or own a shotgun legally until he is seventeen, and is not legally allowed to use one until he’s fifteen except under adult supervision, so really it’s about a year too early to teach him about them. 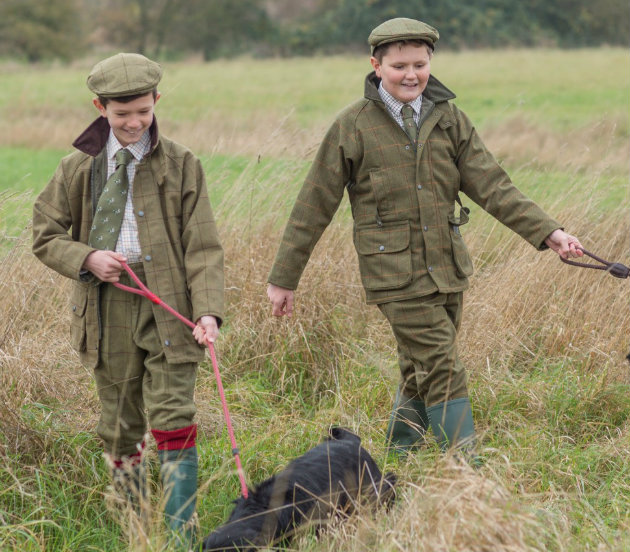 How old to go shooting - what's the minimum age?

Oh, I wasn’t suggesting that Will would hurt Jake’s dad! More that because he’s now a speaking character the storyline is going to become more than whether or not Jake likes beans with his chicken nuggets… it seems too soon to kill off another member of the family, but an injury to one of the kids and perhaps trying to take them away from Will for good?

The gun is only going to be used on a training course, I think.

Lots of things can go wrong on incompetently-run training courses.

My prediction for Will is that he seems to get much better, then quietly kills himself one day as the only way of getting away from these horrible people who claim to love him.

Two cases of lead poisoning in gamekeepers in as many decades? Would TBTB do that?

Recycling old plots with the serial numbers filed off so lightly that you can still read them even without forensic recovery techniques? Would TPTB do that?

Actually, I could just about see them doing something of the sort. “Why?” I hear you cry. Well, that leaves Poppay-pore-little-mite up for grabs. And since Ed’n’Em are being rehabilitated and repositioned and we are now supposed, I suspect < spit >, to like them, they will selflessly take her on. Despite the fact that she has a perfectly good grandmother.

Were this to come about, I would be remarkably irritated.