Brought on by a discussion of Brian’s current shenanigans. Justin has never given Brian any reason to think him in any way trustworthy, or on Brian’s side; on the other hand, Brian quite fancied Annabelle when they first met, so in spite of the fact that she has similarly always been opposed to him, trusting her is at least a thing that a person might (foolishly) do.

① This is consistent with the character.
② This is something a real human being might plausibly do, if you picked them fairly carefully.
③ This was written by Tim Stimpson.

Could you do another, from the bottom up ?

Ending with “This has not happened since 2013?”

Brian was never that broke, that stupid or, again (re ‘confessing’ to JD) that stupid. Gah!!!

He certainly wasn’t in 1977 when this is supposed to have happened. And never short of the couple of hundred quid that he would have got for letting builders’ rubble be used to fill a pond.

Nor were the chemicals which have been discovered something that had to be dumped in a filed, back in 1977; disposing of them at an ordinary tip was legal and easy then, and any builder would have been able easily to get a licence to do so. So why would these cowboys have bothered to pay over the odds to Brian in order to dispose of them?

why would these cowboys have bothered to pay over the odds to Brian in order to dispose of them?

Don’t ask me, o Fish, I only moans about the stuff, I doesn’t write it. It is, for the reasons you set out, all very silly indeed.

Meanwhile, who’s going to join me on a mission to reimmerse Kirsty in the Am, this time for an extended period?

Wear waders, and wrap up warm. 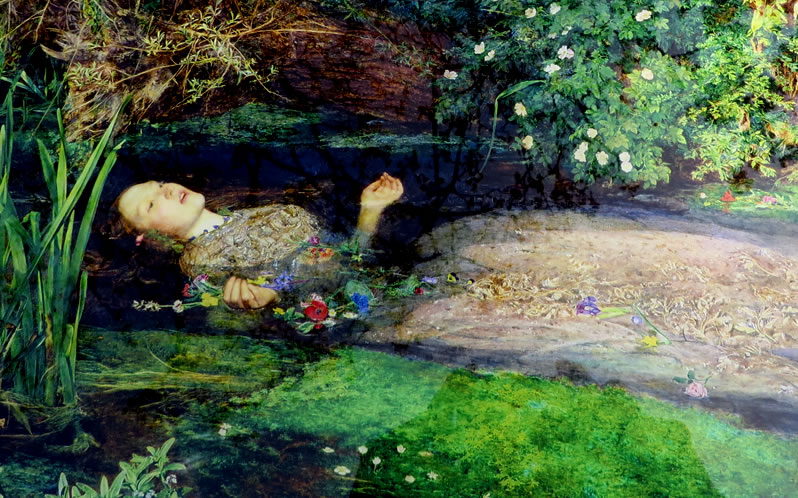 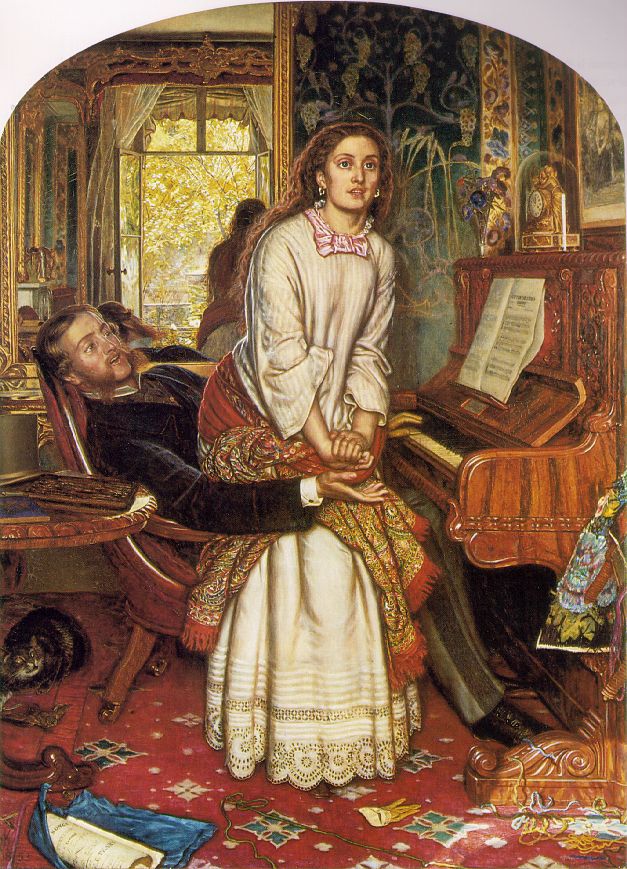 Dearest! I must leave you now! It’s The Listening Project!

That cat looks decidedly askance about the whole business, doesn’t it.

Can you blame it? The flooz has been occupying a lap that was Not Rightfully Hers and which the cat considered to be Rightfully Its.

I assumed that the floozy belonged to the cat (or possibly vice versa depending on who’s asking); it’s meant to be her flat innit?

There seems be be a second red-headed bint on her knees behind the guy. Just the top of her head showing in the mirror.

I’m all for this, but feel we need to know the back story.

The thing I keep fixating on is that curved-glass clock on the piano. I hadn’t thought they were available as early as the 1850s.

It’s a clock under a glass dome, presumably to keep dust out of the works.

Yes, I know - but I didn’t think they had the curved glass by then. I thought it was an 1870s thing.

Must have been earlier, or he wouldn’t have known to paint it that way.

And it does look as if they were earlier than you thought: https://myoldhistorichouse.blogspot.co.uk/2011/04/parlor-domes-different-kind-of-flower.html says it was rife in the 1860s.

She isn’t entirely literate but is clearly fanatical, so I would expect her to have got that right.

…in the US, it having originally been a European trend, so it is quite plausible that they were infesting St John’s Wood during the 1850s

it’s meant to be her flat innit?

Two quibbles with that, Sparrer dere.
a) while she resided at the property, it is a racing cert that the bewhiskered gent with the unfeasibly small gloves was paying the rent and the bills
b) a resident cat has proper title to any lap going that it might happen to fancy; and all it takes for a cat to fancy a lap is some kind of obstruction, be it the Saturday papers or some thundering great wench.