How will they get to Decree Absolute?

If no one has a clear idea where Rob is, how will the Nisi and Absolute be signed and served?
Helen may find herself married for longer than she expected - even with her red hot legal team at her side, and her parents and brother footing the bills.

Apparently it can be done. I suppose it’s not surprising that there is provision for such circumstances, because doing a runner would be such a splendid way of screwing up one’s formerly beloved’s plans otherwise. But I don’t see how financial settlements and so on can be arranged or enforced.

Not that that matters, of course, because as you point out, her parents and brother are footing the bills and she and her spawn are housed and fed and clothed, all in return for a spot of playing Shop and the manufacture of a little rancid cheese when Mercury is in Aries and she can be arsed.

The divorced party has 21 days to respond to the petition, but if they don’t it can go ahead anyway.

(The maximum level of fuss would probably come if Rob responded with a counter-petition, along the lines of “it wasn’t my unreasonable behaviour, it was hers”. This can get expensive and complicated and is very rarely worth doing.)

It is not necessary that receipt of the Decree Nisi or Absolute be confirmed.

If they’re asking the court for division of money and property rather than agreeing it between themselves, that has to be done before the Decree Absolute, but if Rob can’t be found he’s clearly not contesting whatever Helen asks for.

Some of this is at https://www.gov.uk/divorce/overview .

If he can’t be found, then presumably neither can his assets. The court can say ‘£x pcm maintenance for the rapelet’ until it is blue in the face; doesn’t mean the money will be forthcoming.

I don’t want her getting a penny, and I do want her to be recognised as a money pit, neither use nor ornament, by the BFNI.

Oh, sure, if he’s closed his accounts and gone to the US the courts (and Child Maintenance Service, if Helen’s crack legal team remember they exist) probably won’t do a very good job of getting any money out of him – especially if he’s gone to any trouble to hide his identity.

But Helen has never needed to worry about where the next meal was coming from; she always finds someone to pay her way, usually her family.

We know that Rob said before 6th January that he was not contesting the divorce, because that was when Helen was told so by her solicitor, and he left England on 3rd February; is that long enough for the paperwork to have been signed?

Was that an informal statement “I am not contesting the divorce”, or was it a formal response to the petition saying that he wouldn’t defend? If she was being told about it by the Crack Legal Team¹, probably the latter. In which case his further involvement is not required to get the paperwork done; just apply for the decree nisi (form D84, presumably using the Unreasonable Behaviour statement D80B in support), wait, and get the date back from the judge. If there’s nothing contentious about the divorce this is usually granted pretty quickly.

Then there’s a six week wait before you can apply for the decree absolute (D36), and that’s it. (If Rob had started the proceedings and then vanished this would be more complicated, but I’m assuming Helen was the initiator.)

¹ This is my mental image of the Crack Legal Team: 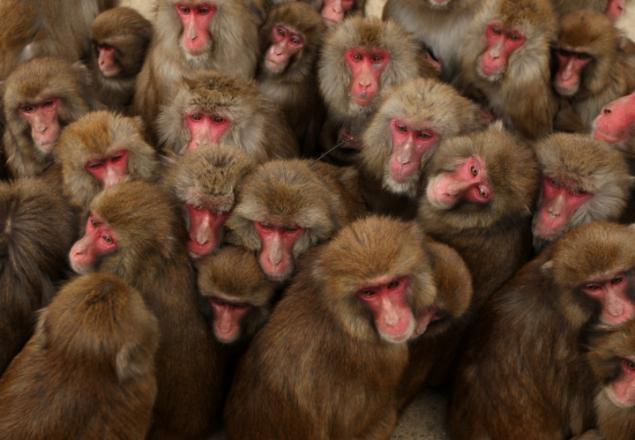 It wouldn’t half be pushing it, is my gut feel. I don’t know where I have this figure in my head from, but I thought it wasn’t actually possible to get to decree nisi from ‘agreement’ in less than six weeks. Maybe it was 26 and I misunderstood.
But there appears to be a bit of a backlog at the moment - not that these people would be exaggerating to bring in business or anything, perish the thought.

How Long Does a Quick Divorce Take in 2020 If We Agree?

Find out how long a divorce takes in 2020 if you live in England or Wales. In most cases, if there's agreement to divorce, you can divorce in 4-5 months.

Edited to add - Aha! I was probably thinking of the six week interval from nisi to absolute that Hedgers mentions above.

In a case a few years ago with which I am familiar, the process from respondent not defending to decree nisi took about six weeks, and nisi to absolute took six weeks and a day - but there were no children and no arguments about money. While the resolution of those in this case is clearly one-sided, there might reasonably be expected to be delays between paperwork and nisi.

Six weeks and one day, as I recall it, Gus. I know there was a “and one day” involved somewhere, and I am fairly sure it was at that stage.

Mine was an undefended divorce with no complications of any sort and no lawyers involved, so cut it by several weeks of lawyer-time, would be my guess: the link you gave is a lawyers’ website, and it also talks about the average time to get a divorce in the UK – which must include a lot of more complicated ones as well as the undefended sort that Helen wants. If there are no lawyers writing from one to another, it has to take less time then if there are complicated things about children to be sorted out.

Thanks. I recall the six weeks and a day malarky, but had it in mind somewhere that receipt of Nisi had to be signed for to progress to Absolute - which is where I saw problems for Helen. Equally I can see why this can’t be the case or every irritating soon to be ex spouse would vanish and fail to greet the postman.

Hellen very magnanimously declared she wanted no financial support for GiddyJack, (Transfer that one to the account of Mum and Dad doubtless.) and there’s no jointly held property - so surely she should be a free agent soon. Look out Justin, Jim, Jazzer,PC Plank, Lateeth, Dr Dick,Ifty Fairbrethren etc etc. all fair game.

Did she specifically say she didn’t want repairs and upkeep for the brat, or was she just not after any money for a settlement herself? I honestly don’t remember.

The “I don’t want to be beholden to him in any way” attitude would surely cover not wanting maintenance?

Love that phrase “Repairs and Upkeep” Gus. Should she file a schedule of dilapidations, or check to see if she has a returns after 28 days receipt in her handbag?

Yes, I suppose it would, Fanta. And how like Helen to deprive her child of its birthright to suit her own precious feelings.

Ta, Migrant. And I like the thought of a schedule of dilapidations although, given the rate at which rugrats expand, bills for extensions and redecoration might be nearer the mark.

She deprived Henry of his pretty comprehensively; she is just putting her two children into an equally father-free state.

Whatever split may happen he’ll be back for some contact with Giddyjack sooner or later. Unless we hear the words “I’m afraid there’s been a terrible car-crash in Milwaukee Helen, you may need to sit down”.

He will get some level of access so she may as well set him up for payments as refusing them won’t keep him away.

Talking of which, yesterday I heard Timothy Watson on a R4+ play called “The Impeccable Witness” written by Nicola McCauliffe. About the first serious proponent of Forensic Science in Court cases.

For anyone saying he was a super actor, & maybe he was though I was never taken by that view, he appears to be (along with many illustrious in the profession, tbf) a one-voice actor. Sort of, “give me the part and THIS is what you get whether it fits the part or it doesn’t”. He used that slightly breathy, laugh under words style Tichyknob had.

I guess Michael Caine & Sean Connery did OK out of the single performance transference style.

Contrast someone like Tim Curry or Joel Grey, who can be close to unrecognisable from part to part.

Does Nose out of Joint count as dilapidations?