Not for what you are reading at present, but for books that sound strangely appropriate to the current omnishambles. I shall kick off with
Someone at a Distance (Dorothy Whipple)

The Loneliness of the Long-Distance Runner (Alan Sillitoe)

Ah, yes. Saturday Night and - what day did you say this was again, me duck?

I don’t have a TV, (the pictures are much better on the wireless) but I do have a computerator and so I watch films and stuff on YouTube or Amazon Prime. My cell-mates like YouTube cat-TV 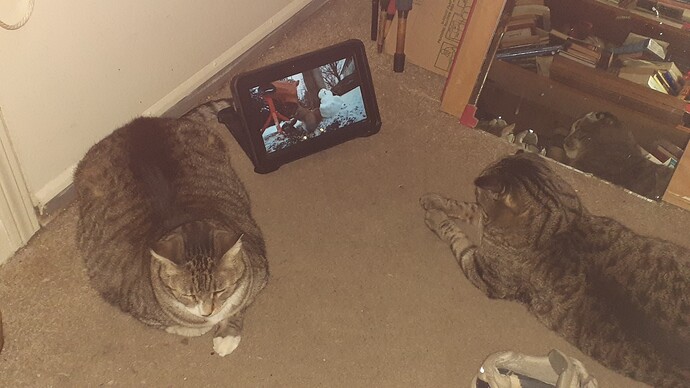 …but I’ve been watching MST3K¹ episodes, and also the complete “Prisoner” series (from UK ITV mid -1960s) - the original, not the dreadful re-makes! - and if you want to make comparisms with 1984, BigBrother, Mind-Control, then there’s some interesting stuff in The Prisoner, plus a whole sub-culture of Prisoner fans.

Welcome to the 21st Century!

I have found Phillip Pullman and his books

Not for what you are reading at present, but for books that sound strangely appropriate to the current omnishambles.

The Sea, The Sea (Iris Murdoch)
The Madness of Crowds (Charles Mackay)
Two on a Tower (Thomas ‘Happy’ Hardy - 8 out of 10 cats say"he’s all heart!")