… and he’s still making stuff up. Either this, said this week, isnt true or stuff he said 18m ago isn’t true. He can’t have it both ways.

I’ve tried a copy paste to a link but I’m failing.

Basically, in the Daily Express (I know, but bear with me) he’s been speaking at a awards thingie saying that he & the scripies knew 3 years before Stab Night where they were taking the story, & when. It was a planned out y’see.

Now, didn’t he previously say that they had ideas for the character to become the new Brine but they changed as the story developed ? He said that by way of explaining apparent character changes I believe.

Plus, you’re in charge if EE now matey. There’s a new kid on the block in Ambridge & you should be keeping your nose out. How very unprofessional. I guess he’s sore that some of his threads are being unpicked.

This one? (Caution, contains autoplaying video.) 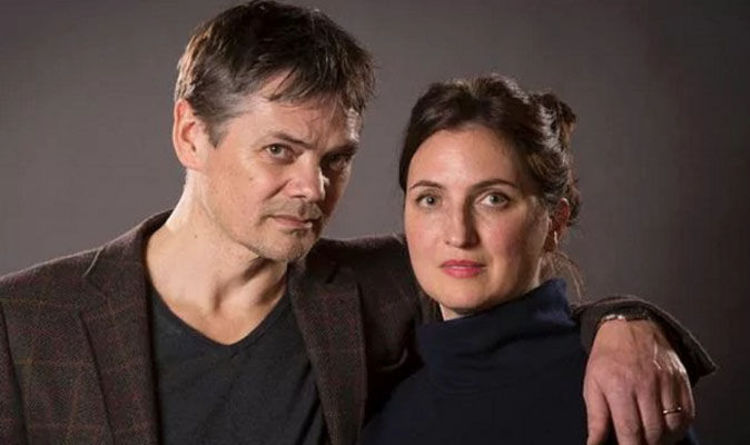 The Archers: Helen and Rob stabbing plan blocked by the BBC for being ‘too...

THE ARCHERS were forced to scrap their initial plans for the moment Helen Titchener stabbed her husband Robert after the BBC blocked humungous plans for the Radio 4 soap.

Speaking at the BFI and Radio Times Television Festival today, Sean explained how the headline-hitting story was plotted three years ahead of making it on to the air.

And what a lot of blige the whole piece is.
As to ‘BBC bars Easter Sunday stabbing shock!’… Whether true or not, it is annoying, because one constituency or another (prod team or tabloid hacks) is perpetuating the daft notion that the TA listenership closely matches the profile of the older Ambridge generation and that on Easter Sunday all they want is to be able to murmur ‘Lovely sermon, Editor’ before getting on with dribbling down their cardies, etc.

O’Connor is a publicity-hungry luvvie and just likes to make noise - you aren;t meant to think about what comes out of his gob, just tell him ‘Dahling, it was wonderful. So truly real, so really true. Well, except for the knife drop sfx, Seany, or was it really tinned custard after all and that the lid? But emotionally true, and truly emotional, you’re a genius, you are’

Vanessa Whitburn retired probably by but not much before May 2013. ("Whitburn announced in March she was retiring as the show’s editor after 22 years. ") The advertisement for a replacement appeared in May, Sean O’Connor was probably appointed in July 2013, announced on 5th August 2013 (“O’Connor will take up his Archers role in mid-September”), and first credited as editor in December 2013.

Did he really know before he was appointed where that storyline was going? Did he arrive with the crap fully formed and ready to go? I do hope that at least one person from the production team who attended these early conferences may find it possible to deny having known about it!

Tim Stimpson certainly gave no hint of that length of planning for the stabbing guff in any of his interviews about it, even those after the event and after he left the programme; and he was clearly O’Connor’s chief ally in the abortion.

I think the “Rob was meant to be Brian Mark Two,” thing, which I personally heard said by O’Connor at the Radio Times event on Saturday 26 September 2015, was intended to be along the lines “the old fogies on the previous team thought that would do, but once I had heard them together” (which he can’t have done before June 2013, because before that they had not spoken to each other) “I knew the chemistry between them meant we could take the story much further”.

How he knew this from that first couple of meetings on 13th, 20th and 21st June I don’t know, because they were nothing special together at that point, just a competent pair of actors saying what their lines indicated they should say, but hey. Helen flirted with him (he was male and breathing, naturally she flirted with him) but it really wasn’t particularly special.

O’Connor is a boaster, and his boasts don’t always stand up to scrutiny: his Wikipedia page makes claims about what he did when he was at The Archers covering a maternity leave as a production assistant in 1999, and those claims don’t seem entirely to make sense: at least some of the people it is claimed he employed were actually employed years after he had left the programme.

" If I were there in 20 years’ time, I’d have an absolute field day with Henry!"

“A boaster” is true, but an understatement. I suspect this man went on to another job because he couldn’t afford the charge for a permanently on standby fire engine to tend to his combusting pants.

Note that “three years” is reportage by the DEx, not a direct quote.

It’s so disrespectful to Huw Hyphen. It’s also totally untrue to say that only TA runs storylines across decades - the return of Michelle to EastEnders being the most recent case in point.

As for the running the stabbing episode on Easter Sunday, the only reason for that would have been occupying the news cycle on a slow day, starring endless images of SOC in his snug tweeds opining self-centredly. Besides, I reckon the SL was built around SOC’s career moves and the idea that the story had a framework as claimed is plain daft.

It is still clearly based an exaggeration on O’Connor’s part. A story of that magnitude is not put together in under three weeks, and the Helen-and-Rob-stabbing guff was not even remotely in place in 2013; he may have wanted from the end of June 2013 onwards to run it, but it was not a done deal before he arrived nor immediately afterwards. It can’t have been; that is not how the six-month and three-year conference about what happens next things can possibly work.

Besides, we were told that he put off his first Feedback appearance until the backlog of his predecessors’ SLs had been cleared, so that he could talk specifically about his TA. (That I can certainly believe, given his arrogance.) Yet on his second appearance, a year later, he informed us that Ye Grete Fludde was planned before he was appointed; now he seems to be doing the same for stabnight.

When he applied for the job, had he got it mixed up with Jeffrey Archer?

I agree: I’m really sure that stabnight was not part of a plan dreamed up under Vanessa Whitburn, and for it to have been in preparation before O’Connor was appointed, it would have had to be.