Pip's right about one thing

Toby is not to blame for this. Pip was the one who first practised to deceive. She insisted from the very first second she found out the cows had broken into Bridge Farm land on keeping the escape from David and Ruth. The minute she decided not to get their help but to make the inexpert Toby assist her instead and swore Ed to secrecy about the second batch, she had embarked upon weaving the tangled web.

And after the outbreak but before Toby had said a single word about not telling, Pip lied to Ruth about no fences being broken or cattle getting out, even inventing a possibly limping cow to distract Ruth from the subject. So twice she deceived her parents about what was going on before ever Toby had a chance to voice his opinion. He only reinforced her wish to keep on covering up. How wrong they are when they say it’s not like Pip. She was very deceitful when going out with Jude.

Josh is a right little sneak, too. What a credit they are to the Dopeys!

And after the outbreak but before Toby had said a single word about not telling, Pip lied to Ruth about no fences being broken or cattle getting out, even inventing a possibly limping cow to distract Ruth from the subject.

When the subject first came up, she started out all confident about None of our cattle ever got out, after Ruth asked her; but then she suddenly remembered and went silent, and when Ruth asked her “What?” she said that cow might be limping. I think she’d literally forgotten about it until that moment, and like a whole lot of people was utterly unable to say “oops, no, I’m wrong” as someone would if they were sensible, and lied instead.

I do agree that she set out to try to pretend to them that the cattle had never got out in the first place, but that wouldn’t have mattered if not for the IBR, and not knowing that she was a crap farmer who couldn’t be arsed to mend a broken fence would have done her idiotic and overindulgent parents no particular harm.

Why nobody including the cattle spotted that broken fence for about three weeks is a whole 'nother matter: Ruth is a crap farmer for that.

Should we be asking where these escaping cows had escaped from, in relation to the two other farms?

If they were at the main Brookfield farm fields, then to wander to both the main Home Farm and Bridge Farm locations would seem to have needed them to cross the bridge over the Am and trot across or around the village green.

I think she’d literally forgotten about it until that moment, and like a whole lot of people was utterly unable to say “oops, no, I’m wrong” as someone would if they were sensible, and lied instead.

Even Toby said words to the effect of ‘how could you forget that?’ so I’m going to have to put that down to crap plotting because I really find it very hard to believe Pip would not instantly have thought ‘OMG what about the Anguses and Adam’s new cattle?’ when first hearing about the outbreak of IBR at Brookfield. She wouldn’t have necessarily have come clean, but she ought to have been worrying about it spreading. We were, after all!

And I find it just as hard to believe that having been reminded of the Great Escape, she then forgot about Ed putting his lot in with Adam’s cattle. She claimed to have forgotten about that, too, until Ed mentioned it. Huge plot device, imo, all this forgetfulness.

The lane on which the cows were found by Ed is presumably the one that goes past Sawyer’s Farm and round to Home Farm via the electricity sub-station and the road to Leader’s Wood, which might well have Brookfield land on one side of it and Home Farm land on the other. The only trouble is that Home Farm is east of Brookfield, but Bridge Farm is to the south, and I really can’t see how cows breaking out through one fence would end up going off in two different directions.

JJ, I was assuming that she is massively stupid and has an extremely poor memory. That has to be a given, since she had forgotten stock breaking out, and no farmer does that until months or years after the event, any more than a cat owner forgets their cat going missing for several days.

I’m not as nice as you are. I think it was wilful forgetfulness and I think as well she was winding Toby up to tell her what she wanted to hear: that it wasn’t her fault and that she should keep quiet. Note how she is now starting to blame Toby for that!

I seem to remember hearing a fairly extended blather from Toby (maybe 2 April, or 30 March) along the lines of “don’t own up, they don’t need to know”. I don’t think Pip’s a good enough manipulator to push him into doing that.

Which map are you looking at for Bridge Farm?

I seem to remember hearing a fairly extended blather from Toby (maybe 2 April, or 30 March) along the lines of “don’t own up, they don’t need to know”. I don’t think Pip’s a good enough manipulator to push him into doing that.

That’s true, Hedgers. On March 30 Toby made no fewer than four exculpatory statements. I present into evidence:
You are not responsible for what happened
You’re not being fair on yourself
For you to beat yourself up like this …
Pound to a penny [it] wasn’t your fault at all

Pip just saying ‘I ought to confess’ was bound to have that effect and she’d know that. It wasn’t so much manipulation as … not sure how to put it … telling the one person she knew would talk her out of it that she was going to confess. Imagine if she’d has the same conversation with Jill. Or even Ed. But she didn’t, did she?

The Magnetic North one, which is the same as the one on the BBC’s own website at http://www.bbc.co.uk/radio4/archers/wallpaper/ambridge_1024.shtml but has wider edges, showing Home Farm up the road beyond Marney’s, and Bridge Farm beyond Heydon Farm on the road past Brookfield. The left fork after Heydon Farm goes round past Sawyer’s and the electricity sub-station to Home Farm eventually.

Yes, what is that called? It is, I believe, a ‘thing’. As in there is a name for it, which eludes me. Most things do tonight tbh.

Yes, what is that called? It is, I believe, a ‘thing’. As in there is a name for it, which eludes me. Most things do tonight tbh.

Nah, that’s too general. It fits, ish, but it’s not the word or string of words of which I am thinking.
To the accompaniment of vile loud slurping, btw. Apologies to the non-catted.

Spineless and self serving?

This might be of interest to Dope, Ruth, Tom, Pip, Toby, Hellen, Matt, etc etc 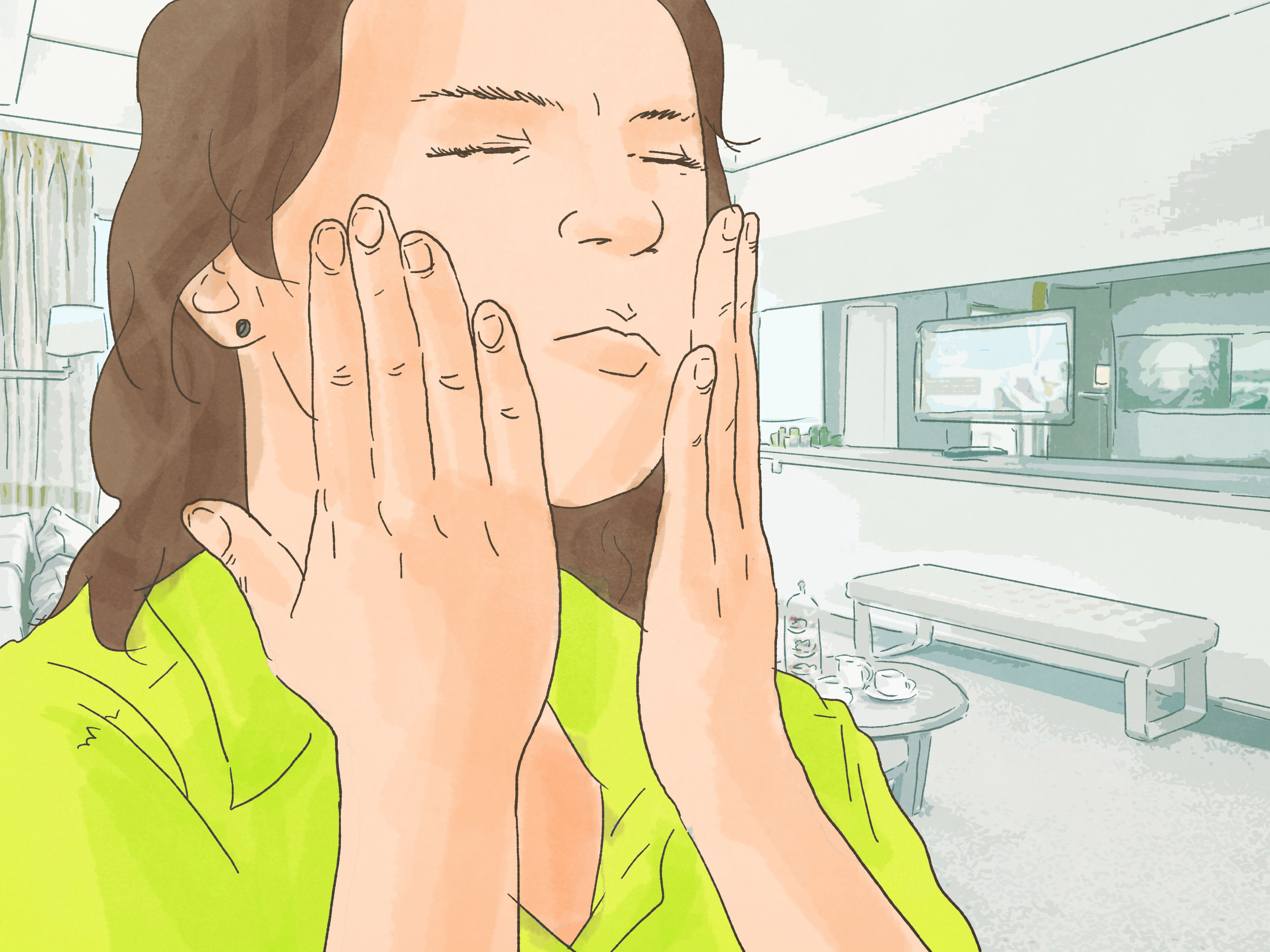 How to Accept Blame when You Deserve It

When you know you are at fault for a problem, the mature and responsible thing to do is stand up and own up to the mistake, accept the consequences, and be part of the solution. Recognize where you went wrong and be prepared to fully own...

Thanks for that. I couldn’t find BF on any of the maps I have and was using an aerial print type thing, which just has a little arrow pointing down a road, claiming it goes to Bridge Farm.

This same chart shows the road to Lower Loxley, when it was at a greater distance to the village, than it is, now it’s been moved to the outskirts.

It also has Honeysuckle Cottage on the LH side of the village green, befoire it was moved to other side.

I’m surprised the Beeb have never brought out a board game based on the wandering houses of Ambridge.

One at least of the available maps seems to be turned ninety degrees or more from North-at-the-Top, which is always worrying.

Lover Loxley is a village at least two miles from Ambridge, and Elizabeth lives in Lower Loxley Hall, which is definitely not in Ambridge nor on its outskirts, but in the middle of that different village.