For a while it’s been obvious that the truth about Amy and Chris must come out, so is this the moment when Alice learns of their romance? Archers bosses are being vague, but we are promised “a shocking confession” that’ll be the catalyst for a major blame game. Over at the vicarage, meanwhile, Alan has big concerns about a family member, but what will his reaction be when he learns some fresh facts?
On to Easter prep now, and a mysterious giant-sized bunny is spotted around Ambridge. Lily is convinced she knows who’s behind the mask, but is she right? Justin, meanwhile, causes a stir on the cricket team, while a villager feels the wrath of Jazzer after he makes an alarming discovery.

a mysterious giant-sized bunny is spotted around Ambridge

It’s those hormones they use on the carrots, I tell 'ee. 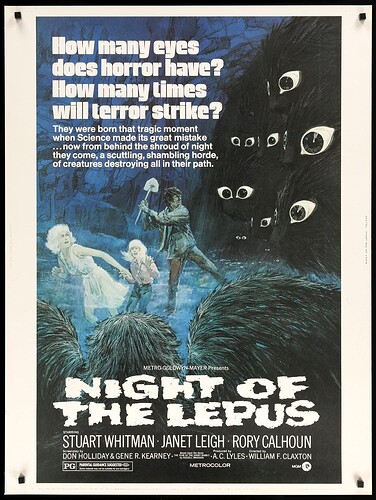 Wasn’t there a song about bright eyes?