(They did this on umra back in the day, but I’m doing it a bit differently like.)

Next character to be confirmed dead

Next character to have a new child

Lucky winners also get a boat ride with the character of their choice. You get to choose how many lifejackets you bring. 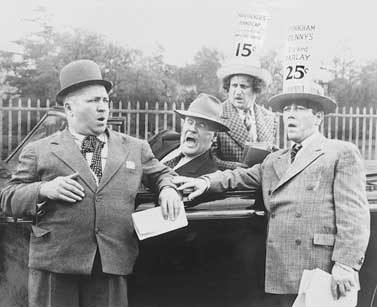 Do we get given odds?

Oooh, balancing probabilities, and second-guessing an increasingly skittish stable of scripties, versus one’s own deeply held desires… I shall have to give this some extensive consideration.
But…

I may work up some odds, but how people bet will obviously be a factor there.

Do we get given odds?

They don’t come any odder than TC & co…

I’d be prepared to suggest that the next confirmed death in The Archers will be that of Robin Fairbrother. (He was a speaking character in the eighties, so he counts.)

New child (I note you didn’t say baby, so not confined to women)? um.
Pip.

Actually, on the ‘new child’ front, I will back Emma. They can’t get much more false jeopardy mileage out of ‘Grange Farm, will it be crooly torn from the Grundys, oh no, let not poor Joseph freeze’ sort of thing. But Emma conceiving another brat and not having the sense/not being permitted to terminate the pregnancy would be slghtly-more-genuine jeopardy.

For deaths, I would like Lynda, mown down in a traffic-snooping exercise. By Justin.

I was going to go for Justin as the next death !! Week of the wedding.

Fanta, I feel I should say that prevented births don’t count - it has to be a named spawn. (Ideally christened in the church, but who does that any more?)

I was naming Pip as the next child!

I’ve heard of people being born again but I don’t hate my mother that much.

Well, nobody made the right bet, so the funds roll over.

Not until she sees what Will gets up to next.

I hold by my original bet: Pip for the next child, since she didn’t prevent it.

OK, Joe next to die, and quite soon. Grief and shock and superannuated-old-scrotedom each exacting its toll.
No fun in the Next Child Handicap at present - oh, hang on…