There can be no doubt that Kirsty

is the primary fomenter of trouble and causer of ill-feeling at Willow Farm/Cottage.

Brian, distressed because in the heat of the moment he said something which she could choose to assume was a dig at her having had a miscarriage, mended a fence literally in the hope it would also mend fences metaphorically.

She heard the hammering and came out apparently with the sole intention of telling him that he was frightening the birds off her bird-table, thus driving him away.

Then she came out later in order to be unpleasant to him because she had found a piece of wood with a nail on it and nearly trodden on it – presumably while her foot was a few inches from the newly mended fence, since that is where a bit of fallen fence would have been. She did not thank him for the work he had done mending, just blamed him for leaving a piece of wood lying about and told him off for not tidying up properly.

Then, when he had made a very careful apology to her, she grudgingly said, “oh, all right then” when begged to start over.

Would that be start over from before she came to Ambridge and started in on him in the first place, back when she trashed his field in 2000? Can we hope she will now go away?

She must be due another dumping about now, surely?
If she didn’t go away for good after the wedding fiasco, though, I can’t see her disappearing, sadly.

Btian should have grabbed the piece of wood and smacked her in the gob with the naily end.

Gobby Scouser with a cause.

No more explanation is necessary.

How does Kirsty know Brian ‘brought it all on himself’ or words to that effect? Surely his public story is that he didn’t know the chemicals were dumped with the the building rubbish.

A scriptie whispered it in her ear.

(Whenever you’re having a private conversation, watch out for scripties.) 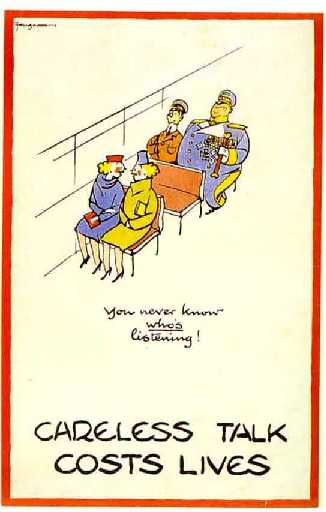 How does Kirsty know Brian ‘brought it all on himself’ or words to that effect? Surely his public story is that he didn’t know the chemicals were dumped with the the building rubbish.

Just so. For all she or anybody else apart from his immediate family (and Ruth) know, he is a completely innocent victim of fly-tipping done the year before he bought the land, since the rusted-to-pieces drums cannot possibly be dated as exactly as “must have been after 1976, so in 1977 not 1975” and 1975 was when Brian bought Bridge Farm.

She is simply grasping at another excuse to vilify and badmouth him, which she has been doing since she arrived in the village and trashed some of his crops.

And today we have her telling Roy that although she told Brian that she accepted his apology, in fact she did no such thing and it will take a lot more than that!

She’s so mean-spirited it is quite painful.

And at no point was there any suggestion that the few hundred he’d have made by allowing a bit of tipping was going to make or break him - it was made perfectly clear that he was loaded (didn’t he buy outright with an inheritance?). That sort of “illegal” (which probably wasn’t at the time) dumping would be more the Grundys’ line.

The entire SL is nonsense.

Not to mention that disposing of TCE at a normal dump was quite standard anyway; it might not have been free, but it would certainly have cost less than a few hundred. Fly-tipping only became a problem when the trade waste rates were hiked in the 1990s.

It was a bee in Graham Harvey’s bonnet. He wanted a “chemical dumping” story, and whether it was even remotely plausible or not didn’t bother him.

Truly robbed his living on this show. No longer the “Agricultural Consultant”. This is “no bad thing”.