This woman is worth a read

Woman’s an idiot: 'Adam and Ian are all right’, fps.
Four sides of A4, please, on the ethics of gestational surrogacy.

On the other hand, she also said “hegemony of the Aldridges.”

WHAT hegemony? Jennifer and Brian are living in a two-uo two-down rented semi, Adam is working as a picker/dairy hand, Debbie has left the country, Kate is running few yurts and would be bankrupt if she had to pay rent, Alice has never been in control of anything including herself, and Ruairi has rented himself out as a toy-boy.

Frissons aplenty as Kirsty and Adil go wild rewilding … and Ben, Beth and Steph have a love square with Bess the dog

Well, Brian Aldridge finally had the angina attack that was so obviously around the corner: a precursor, perhaps, of the Fall of the House of Aldridge that I’m avidly looking forward to. This event led to the introduction of Julianne into proceedings, a super-rich corporate type who pays Ruairi a retainer to escort her about town. The whole thing is preposterous, of course. Ruairi is 19 and until about 10 minutes ago was never heard because he was always in his bedroom, on his PlayStation with Ben Archer. He’s a nice-enough kid and all that, but really, I’d almost be prepared to fork out a retainer not to have to listen to his tedious public-school bantz.

Talking of intergenerational relationships, I’m intrigued by the delightfully non-transactional alliance between Jim and Chelsea. In her role as Ambridge’s moral arbiter/speaker of home truths/instinctive anticapitalist, Chelsea called it right when she pointed out that Jim was indeed the rightful winner of the Ambridge unsung hero award, rather than, goddamit, fag-ash Lilian (love her as I do). “Oh, that’s just making money,” said Chelsea of Lilian’s asseveration that she provides employment and housing to the village. “Jim does all that clerking for the parish council and he’s a team leader in the village shop.” Chelsea and Jim have already been caught watching trashy telly together; now she’s popping across the green to spend time with her elderly chum when Casa Horrobin gets a bit much. Before we know it, Chelsea, a bright spark, will be quoting Plutarch’s Life of Cato with as much fluency as the prof himself. 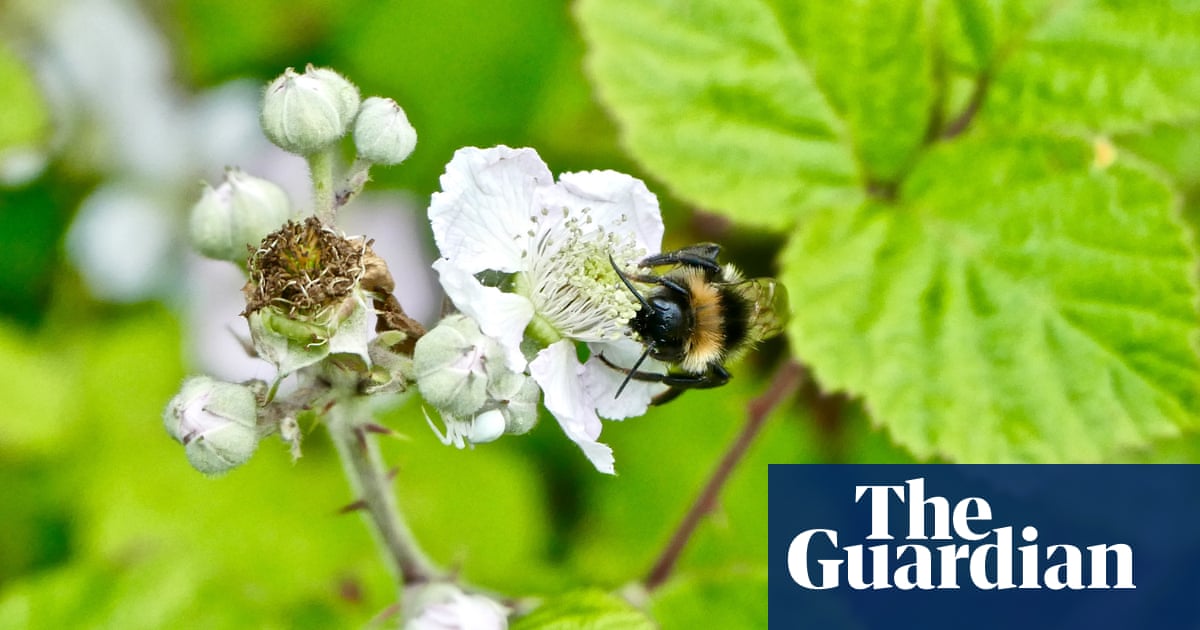 Frissons aplenty as Kirsty and Adil go wild rewilding … and Ben, Beth and Steph have a love square with Bess the dog

The authentically awful George Grundy has suddenly gained the power of speech, while Alistair and Denise’s tendresse continues at a glacial pace

New characters! Inhabitants of Ambridge tend to gain the power of speech at about 16. So it is that George Grundy has burst on the scene, he who was the subject of an especially florid plotline as a baby owing to the fact that his mum, Emma Carter, had been shagging Grundy brothers, Will and Ed, at the time of his conception. Perhaps this muddled paternity helps account for the fact that George is authentically awful, the Rishi Sunak of The Archers – hectoring, petulant and charmless. In the process of bullying another new character, Chelsea Horrobin’s little brother Brad, George proudly revealed how he loves to manipulate clueless old Oliver, wheedling a bit of cash out of him whenever he likes. I suppose we have been working up to this: George’s most famous recent act was to video the vicar pissed on cider and post the footage on the internet. Nice to have such a malevolent little shit in the village to shake things up a bit. Brad, on the other hand, is doing nothing to shake the saintly status of the Horrobin family. Sensitive and already rather adorable, Brad is a bit of maths genius and has been given a scholarship place at a summer school. But will he actually get there, in the midst of the cost of living crisis, when his poor mum has to toil at the hellish chicken factory to make the rent? My money is on yes; this is The Archers, not Shuggie Bain, you know.

Chelsea is still being marvellous in her role as Ambridge’s own Gok Wan, stepping in to lend Denise from the veterinary surgery a gorgeous shocking-pink dress she had picked up in a charity shop (I’m sure Chelsea could save the family fortunes with an online vintage boutique). That was to wear to the vet awards that Denise had been nominated for. The zip of her original dress – a dowdy thing, we were led to believe – broke at the last minute. I thought this might lead to Alistair sexily using his vet skills to sew her into it, but no. Alistair and Denise’s tendresse is operating at a very breathy, unspoken level, but I predict this will change.

The Ben, Bess, Steph, Beth snogging error is all resolved (it would never have happened, in my view, if they didn’t all have essentially the same name). And Tom has been overwhelmed by an avalanche of Welsh-speaking femininity after the birth of his and Natasha’s twins, Nova and Seren, owing to the fact that his mother-in-law, Caitlin, has moved in for a bit. Funnily enough, I just can’t seem to summon up any sympathy for him.

Charlotte Higgins on The Archers: Ambridge gets its very own Rishi Sunak

The authentically awful George Grundy has suddenly gained the power of speech, while Alistair and Denise’s tendresse continues at a glacial pace

The Ben, Bess, Steph, Beth snogging error is all resolved (it would never have happened, in my view, if they didn’t all have essentially the same name).

I’d feel more confidence in her is she had not apparently admitted to Roifield that she doesn’t listen to The Archer regularly, mind.

Charlotte says :
“ I only listen to the Archers when it coincides with me doing the washing-up, but have to say that Chelsea is the person I’d like to have in my corner should I have to do anything more complicated than washing-up and which might upset the neighbours”

Maybe she reads the synopses.

Not A Month in Ambridge, but still relevant.

The Archers: why June Spencer was the Queen of Ambridge

The actor, who plays Peggy, appeared in the very first episode of the Radio 4 soap in 1951

This isn’t AMIA either.

Nancy Banks-Smith on June Spencer: 70 years of muck and bullocks!

At 103, life starts to sound like a rowdy party going on a few doors down. After being on The Archers all these years, no wonder you want a quiet life

And I have to register with the Guardian to read t. When did that start?

Ah, no, I can tell them I will do it later. Good, because I don’t think I particularly want to.

They’re too busy holding seminars to teach other companies how to make money off the Internet to come up with anything themselves except “take and sell user data” and “intrusive advertising/spyware”.