Why Not Remote Recording?

We are told: “Archers actors are recording the programme from the comfort of their own homes while guidance on safe social distancing prevents any work in the Archers studio in Birmingham.” Which is fine as far as it goes. But why are they recording monologues rather than doing a distributed recording?

I’m a self-taught amateur audio technician. I’ve worked on podcasts and on role-playing game groups where nobody’s in the same room, but each participant is using their own computer. The way we do this – basically 2-6 people talking, improvised in real time – is to use a videoconferencing service such as Jitsi (or one of the other, privacy-invading ones); each of us records our own voice (either on the computer we’re using anyway or on a separate voice recorder); then I load the recordings into an audio editor, each as a separate track, do noise reduction, sync them up using a recording of the conference which I then discard, and mix them together.

So why is the BBC not doing this? Some possible reasons:

I really cannot see why the techs of the BBC shouldn’t be able to create a “virtual studio” like this to allow the recording of multi-speaker audio drama, so I am forced to assume that there is some managerial reason for not attempting it.

I think it likely that the actors are so accustomed to acting with other actors and the producer and so on present that they find it very difficult to act if this feedback is not available to them.

The illustrations from the BBC link that you give make it fairly clear the actors in them are all using identical equipment, so I would tend to assume that they didn’t rush out and buy it, but were lent it by the BBC.

Pats Gus on back and awards a large gin for heroism

Acting is performative, I assume, so if it gets no reaction it’s hard to get right.

American comedians working from their attics are having a harder time when they have no audience with reactions to gauge, for instance, and I suppose Archers actors get reactions from the facial expressions of the people they are acting with.

I suppose Archers actors get reactions from the facial expressions of the people they are acting with.

One does rather wonder what some of those expressions might be

OK, that is a trifle unfair - there are some very good actors in the cast.

PS: I hope the above doesn’t mean I have to give this gin back

I have never seen gin imbibed so fast

Respect to a Gus!

Indeed - that’s just what the videoconference server is good for, not for making a broadcast-quality recording but for letting you get immediate responses from other people. (There are encoding/decoding delays, but these turn out not to be hard to fix - especially if you’re taking more time to edit than I do, and potentially stretching and shrinking people’s silences to get the timing right.)

Well well. I was right. "Over 20 of us in the cast got sent a massive box with a big halo shield and a mic stand and a microphone and a very detailed email about how to put it altogether.
“It wasn’t too bad. My 10-year-old son helped me.”

But alas, the BBC tech were not allowed to do as good a job as you do, Hedgers. In spite of all that shiny equipment.

The Archers returns to Radio 4 with Ambridge under lockdown

“Some of the cast have been recording themselves and others, like Dowler, have been linked up to a sound engineer and director. There have also been a mix of Zoom rehearsals and individual runthroughs with directors.”

OK, a microphone and not a recorder - that’s interesting. So they’re relying on people’s individual laptops, and possibly even their (highly, er, variable) sound cards.

The speakers on my ancient Waptop shriek, & I have to use a headset to be able to listen to, or reply to anything.

To be fair, if they have any half decent laptop it should use the Intel HD audio chipset - that allows up to 192k sample rate. Well beyond anything you need for speech - CD is only 44.1k and I’ve never used more than 96k. It’s been the de facto standard since around 2007.

It’s not the chipset, it’s the analogue stage from microphone plug to digitiser where corners are cut and noise sneaks in.

(And fan noise of course.)

Muted in the case of TA. Curses not loud but deep, mainly.

If it were me, I’d have issued them all with one of these:

We’ve been using one since 2008, with no problems at all. They’re a favourite for location work, so I’m sure the Beeb have a few dozen lying around. As to the quality, try this - just stuck the Zoom on an empty pew at the front of the First Derry Presbyterian Church and pointed it at the piano: 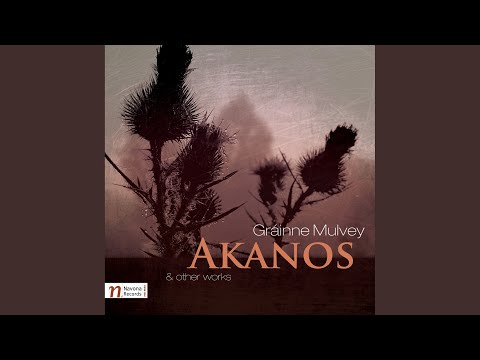 OK - it was professionally mastered for release, but then so were the studio recordings on the same album - and that would also be the case at the BBC. The point is that the raw recording (only intended to be a document of the première) was of a sufficient standard to be usable.

The current model, the H6, uses interchangeable capsules, so is adaptable to a huge range of recording situations. We’ve just never seen the point in upgrading while the old one still works! (And if you’re really concerned with quality, you can plug in any mics you want - it has phantom power

Yup, my Tascam’s very much the same sort of beast. Gets the job done, no messing about.

Tascam have always had a good reputation (still have an old cassette 4-track PortaStudio somewhere!)

DR-40 perchance? Not used one, but I’ve heard great reports; truth to tell the innards are probably identical!

Mind you, I still lust after one of these…