Oliver is lodged with the Grundyscum. How very unwise of him. Could Elizabeth, say, not have done the decent thing? And wasn’t Eddie full of tact and EQ tonight, eh? (Alarmingly, I think we are meant to think that he IS, especially after the shotgun nonsense last year).

Good for Jennifer (not something I have often had cause to type). Even if her pointing the finger at Moss does come from a place of malice, it should all help nicely to avert the impending nuptials. (Oh, and it will, eventually, be Kirsty and Roy). [feel free to take a 5-minute puke break here]\

Kirsty is almost as bad as the soon-to-be-late-and-little-lamented, going around the place sticking her nose in and being Involved. Aye, I know it is her dramatic function, but she is a tedious and intrusive bore.

Robert - well, it’s nice to hear him without the perma-chuckle (never trust a man who chuckles all the time). That wasn’t grief or anger, btw, it was Stockholm Syndrome. Dunno why there was so much fuss about that nice Rob Titchener: the Snell-beast has been a coercive controller for years; and bullying has ever been her preferred mode of interaction. (look, I know I am horrible about the inhabitants of Ambridge for fun, but I genuinely loathe Lynda and look forward to being able to say that in the past tense).

Hope Oliver finds some loophole whereby he could deprive RSnell of his ghastly wife’s death-in-service benefit. But of course he wouldn’t: he’s too decent, if another soft-headed fool.

I do hope they pursue the full litigious ramifications of this and Moss is bankrupted. And ideally huge drama and ill-feeling within the Moss household. Philip blaming Gavin, Gavin spilling all kinds of beans about shadiness in Moss’s past; both of them turning and rending Kirsty when she tries to ‘help’. Oh, gummy! Jam!

Lily hasn’t improved for keeping, has she? And Elizabeth is clearly being quite as dramatic as one would expect. Hope that Little Fred sees the light, realises his family and the locals are all batshit and goes off to see the world.

Oh, and who is looking after Monty? He’s probably dug his way out of Ambridge Hall and eaten a llama and a half in desperation, poor beast.

Have used some spooky modly powers to edit your posts into one. You seem to be encountering some resistance from the medium. Please shout if we can be of any assistance. You can send an email privately by clicking on my avatar and then on the envelope.

I worry about Monty Constanza and Salieri too

Poor llamas with no walks

Fagash is with the Prof showing true friendship

I am glad Monty is being spoiled by Lilian

Monty is being spoiled

As in ‘his training being undone’? You are probably right.

Lilian was not with the Prof; she was with Robert. Unless Jim is holding a vigil over Lynda for some inscrutable reason of his own…

Ah. Yes,he was; and it does not appear to have been all about him the way Lilian was all about her.

Isn’t it interesting that this latest SATTC storyline has resulted in a virtual cessation of posts about TA?

Possibly we have all been at first unwilling to tempt fate and subsequently stunned into silence by a fighting spirit that saw Lynda emerging, apparently unpredictably, from an induced coma (ffs), and then sitting up - with a broken pelivs - and talking (to a non-family visitor) with full-thickness burns to her face. What a battleaxe battler, eh…

Meanwhile Oliver ‘the Army chap’ Stirling has been unmasked as a con-artist, Lilian as a grief-and-drama vampire, and Jill and Leonard as possessing more of a sense of humour than anyone hitherto gave them credit for. What colour, exactly, is that car?

Those beeps that seemed to be at the wrong speed for a pulse monitor or anything else medical have now been identified as evidence that the Prod Team were reversing.

What colour, exactly, is that car?

joe, did you have to?
Spreading alarm and despondency at this difficult time is -well, in the best traditions of this board, I am proud to say

joe, did you have to?

Would you prefer more Barbara Cartland?

Since you put it that way…

No. I shall learn to love pink cars. 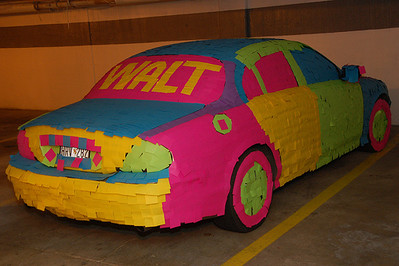 …well, at least we now know what happened to all the Post-It notes!

…and talking about pink, how about this Morris Mid-Wife? 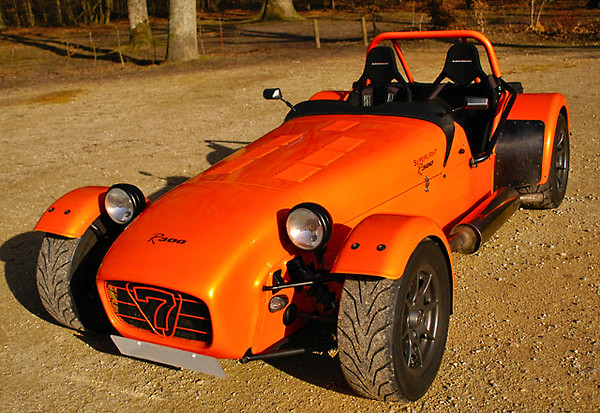 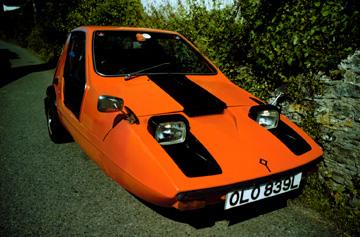 Well, if we’re going for orange, this is a very safe vehicle… 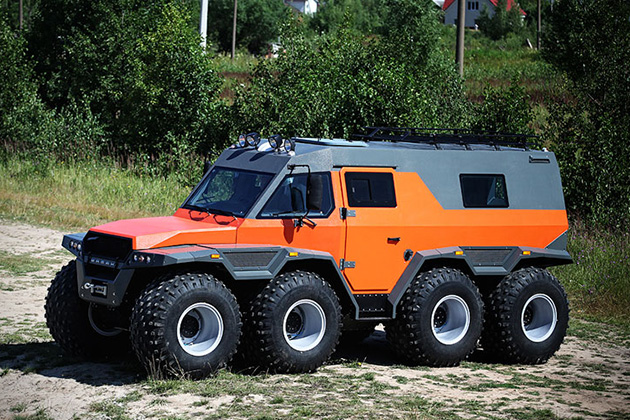 (Each wheel independently suspended and driven. Yes, all right, it only does 50mph, but it does it on almost anything.)