Was that a good idea?

We now know that they still have vehicles going nowhere in particular, racing through Ambridge.
We also know that Peggy’s cat is huge… I foresee an unfortunate interface between the cat and a speeding vehicle. With the cat having been unable to waddle fast enough to get out of the way.

We also know that Lillian is wearing an ill-fitting (e.g. very loose) expensive engagement ring.
She’ll lose it. Just see if she doesn’t.

Surely you’re not saying that Bill has been reduced to a Bunterish plot device? Ben’s lucky to be out of it.

Ooh no! If they let Bill be run over I shall protest!!

Not when there is a perfectly good Henwy available, no. That would be outrageous.

But he won’t be able to waddle out of the way quickly enough, or maybe he’ll be stranded on the camber by the belly with his leggy-wegs sticking out ineffectually into the air in four directions…

It’s more likely that he doesn’t go out at all, if he is fat.

I say “if” because not being able to feel a seventeen-year-old cat’s ribs and it having belly-swags may not mean it is particularly fat, just that it doesn’t happen to fit Anisha’s unyielding standards for everyone except herself. 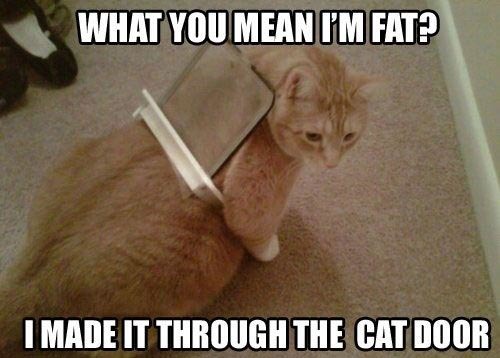 I would guess that Peggy lets Bill in and out of the door without a cat-flap. And I would also guess that he sits in the doorway letting in the cold, as cats always do, and also walks about in concrete boots near delicate ornaments at four in the morning to get her to let him out, as cats do when they reckon they can get away with it.

I am rather enjoying the saga of my brother and his cat; she has him under her iron paw, though he thinks that she doesn’t. His wife and I say nothing and exchange looks as he rises from his meal to do the cat’s behest. She’s not fat, but she is not thin either.

She sounds like every cat I’ve ever known! Adorable though.

The word employed on one occasion was “plumptious”. I suspect it may have been from a book somewhere, but I don’t know where.

My favourite fictional cat was called “Freynii”; her owner (hah!) was a keen gardener and found this plant of the Dianthus family described thus in a gardening book:

“Forms a round, silvery hummock; spreading.”

Sounds like a mix of plump and scrumptious - love it.

Plumptiousness, is one of Ken Dodd’s words.

The word employed on one occasion was “plumptious”. I suspect it may have been from a book somewhere

You might not be entirely happy to learn that it features in Bridget Bleedin’ Jones’ Soddin’ Diary.

As I can’t abide Ken Dodd either but rather like the word, I do hope someone else comes up with other parentage for it.

You can’t abide Doddy! Wash your mouth out

“Mind you, I saw a lissom backside in a sari here and there, and a few pairs of plumptious bouncers hanging out of low corsages, and thought to myself, there’s a few here who’d repay care and attention - and they’d probably be glad of it, too, for a more sawn-off and runty collection than their menfolk I never did see.”

With you on Ken Dodd, Gus. How are you on Tommy Cooper?

I feel about Tommy Cooper the way Gus feels about Ken. My dad loved him though.