Just tracked down a set of books we grew up with, Stuart Miall’s The World Of The Children. Does anyone else remember them? So much useful information on a whole range of topics… 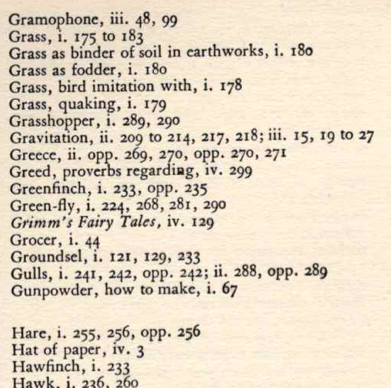 ‘Gunpowder, how to make’

I suspect nitre - potassium nitrate, aka saltpetre - is a bit more difficult to buy than it used be. Back in the day you could buy packets at any chemist.

In fact, in those days you could restock - and enlarge - a chemistry set over the counter.

Ah, the good old days when you could buy arsenic at the chemist’s. Many a murder mystery based on that one. In fact ‘Strong Poison’ has Harriet Vane testing out the theory for a mystery she is writing by going round buying arsenic from different places, which of course gets her arrested and tried for murder.

I probably won’t try to source the potassium nitrate, best not, really …

So many obstacles in the way of enquiring minds and making things go Bang! We are sadly diminished

Made for a good weedkiller, too.

You can still buy ammonium sulphamate as a compost accelerator and stump remover, but you should not use it as a weedkiller within the EU. That would be very naughty.

Now I think about it, I haven’t seen a chemistry set in the shops for years, I suppose that’s the ‘elf & safety’ nazis for you, they don’t like kids to have fun these days… and have you seen the playgrounds ? bark under climbing frames and such for a soft landing…in my day, you only fell off once because we learnt quickly not to fall off twice !!!

They’re still available, but I doubt the necessaries for experiments like the above would be included! As far as I can tell, even school demonstrations are more likely to be on video than done in the flesh. It’s cheaper, of course (probably a bigger concern than H&S) but there’s nothing quite like the excitement of seeing a lump of sodium being dropped into water, or making and tasting (I kid you not!) sulphurous acid (No, not sulphuric; that would be taking things a bit too far)

Either works–their both from the same group in the periodic table (alkali metals). Both produce the appropriate hydroxide and hydrogen. Actually, now I think of it, you’re right—potassium is the spectacular one; the reaction is exothermic to the extent that the hydrogen ignites.

If you want real fun, have a look at further down in that group: rubidium and caesium:

Though francium is too big and unreactive to be much fun.

And there’s only a few atoms of it in existence (naturally, that is) at any time, I believe.

Well, my chemistry teacher was obviously no fun at all, she didn’t let us play with rubidium or caesium, I know I would have remembered those

I’ve just been informed that someone tried the caesium reaction in a toilet at York University a few years ago. The damage rendered most of the block unusable.

Which block? Or wasn’t it named…